Feeling like a lot of people just don't get how big families operate.

We had a bit of an "incident" the other day where one of our been-here-nearly-3 years-now kiddos was calling his friends a loser when he was playing outside.

Yeah.
Not ok.
That much I know.

But the response from a mother that overheard him and how she chose to handle it......
well
has left me incredibly frustrated.
And appalled.
And....well
Let's just say it was a rough afternoon.

But overall here's what I think,
And admittedly I think I oftentimes internally bring this presumption upon myself
but I also think it's based in quite a bit of reality....

I think a lot of people look at big families and think that they can't possibly have it all together.

It's a bit like being viewed as the old lady who lived in shoe and she had so many kids she didn't know what to do.
That there simply must. be. chaos.
That there just isn't anyway possible that all of those kids are getting their needs met.
That no wonder one of her kids says things like "loser".
She has so many they are all probably half way to juve' by now.
Never mind this child spent years of having nothing but hate poured into his little spirit.
Never mind the healing that is continuing to happen in his heart.
Never mind that it's been less than three years and if the only thing we are still hearing every now and then is "loser"....
then we are doing pretty darn good.

But that mantra of:
Your kid screwed up = You have too many kids and can't handle them all.
Makes. Me. Sad.
And I think it's unfair.

That train of thought seems to go hand in hand with the all to familiar, "I don't know how you do it, I've only got (insert number of children here) and it's crazy!"

And I get that.
Hear me on this.
I. Totally. Get. That.
I completely know what you mean.
I get that we each have our version of something we don't think we can do.

I, for example....cannot, cannot, CANNOT do math.
Kristi....seriously. How on earth are we friends?
I don't know how math teachers do it.
I could never handle that.
I could never teach that.
Never, never, no, not going to happen, it does not come naturally to me.
It is so not my gifting.

But seven kids?
That I actually can do.
It's my bend, I thrive on this type of fun, loud, fast paced, structured, organized, sports gear a plenty craziness.

Math = Heck to the NO.
Big family dynamics = Heck Yeah!

But I feel like
(and again, my own thoughts/perception.....)
when my kids don't have it all together,
that it is automatically attributed to the fact that there are so many of them.

But since this is my blog and I can cry point out things if I want to,
Here's a view of what's actually going on in our house:

When my son doesn't have a lunch, trust me it's not because I forgot to make it.
I haven't ever, in nearly 17 years of parenting, sent a child to school without providing for his lunch whether by making it or giving him lunch money.
I loathe handling lunch meat in the mornings, but I do it. Because I like, love them and stuff and blah blah yadda yadda.
But when he "forgets" his lunch it's because he's been told and reminded that it's his responsibility to grab it off the counter 800 times.  And about the 10th time that you show up to school to drop off the lunchbox that he forgot, you realize that chasing after him is teaching him
absolutely.
nothing.
So today when he showed up with no lunch? He's learning that actions have consequences. And surprise-surprise, he will probably remember tomorrow and the day after that and the day after that.

When my son doesn't have his planner signed I assure you it's not because I am too busy to sign it.
It's because he chose to play around during reading time in the evening instead of reading as he is supposed to.
And I won't sign that he read when he didn't actually....ya know...READ.

So let me let you in on the bigger picture.
Overall what I am trying to get across to them is this:
Actions = consequences.
Good consequences.
Bad consequences.
Whichever it may be I am trying, trying, trrryyyyinnnngg to instill a sense of responsibility
(however trivial the task may be)
into these boys, because trust me,
I am not trying to raise a 40 year old man that still sleeps on my couch.

I am trying to raise young gentlemen that honor the Lord in all that they do.
Young men of character and responsibility.
Young men that will one day grow up to become husbands and fathers and leaders in their homes
and all of that training and teaching and preparing for that role,
trust me
starts with things like the lunchbox.

Now granted, I truly don't have it all together.
Ahem.
Hello?
Is this thing on?
Because I just wanted to make that very apparent.
I don't think any of us do.
We are imperfect people doing the very best that we can do.
Jack, for example, went to school today wearing his much older brothers shorts.
But it's not because we live in chaos with no clean laundry, it's because he changed into his cross country uniform yesterday and left his shorts at school and I cannot, for the life of me, figure out where his other pair is.(My guess? Shoved in his locker after changing into that same CC uniform last week)
Ahhhhh 6th graders.....love them.

We were also late walking out the door today,
not late to school because I have built in a full 20 minute cushion of when we can leave and still be on time, (did you know that big families by and large are actually very organized? Gasp!)
but just left 5 minutes later than we usually do.
But that is not at all because there are 7 kids that live here.
It's because one, not-to-be-named-teen
(Hey Jordan, when you are grown and you read this, it was you buddy. Love ya, your sleepiness in the morning is driving me craaaaaazy)
is my one out of the 7 that likes to sleep late and he was hard to wake up today.
I would hazard a guess that families with 1 child that likes to sleep in probably has that same problem every now and then.

My point being, none of our imperfections, none of the places we falter and fall are due to the size of our family.
It's just because we are a family.
And in a family no matter the size you are going to end up wearing your brothers shorts to school one day, and you are going to forget your homework sometimes, and you are going to leave your football cleats on the bus accidentally. And that's ok, but please let's not attribute every behavior to the angst of a large family, it's just family.

Big
Small
Black
White
Tall
Short
the challenges are much the same.

Hello.
My name is Sonia. 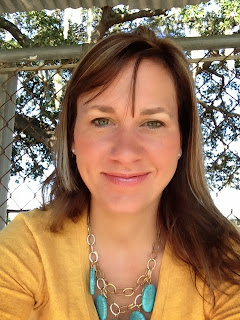 And I have 7 boys.
Don't judge us by our size,
judge us by the content of our character.
Character that was built out of moments like forgotten lunch boxes, and unsigned planners.

Received a phone call that we have verbal permission from the CC*AA for the dual adoption. Cried like a baby.