to update in blog land.

Sheesh.
I don't like roller coasters.
They make me puke.

To recap as well as my brain possibly can
the surgery went well.

We got word that he was off bypass and that he should be coming up soon
but then nothing.
After about an hour we learned he had to go back on bypass so they could make adjustments
and finally after leaving his room at 7am he wheeled back on in around 5pm.

Since then it's been all over the place.
We have learned some things about our little Asian Sensation.
He has a VERY high pain tolerance
and sedatives have pretty much no effect on him.

Nope.
None.
He was intubated
awake
coherent
writing perfect Mandarin characters asking for a drink and some peanuts
requesting to go for a walk
and mad as a hornet that a tube was down his throat.

Long story short after going to battle with the staff here for hours
they stepped out of his room for a minute
I laid down to try and grab a bit of sleep
opened my eyes 15 minutes later to find all the alarms going off
and 15 people scurrying around his room.

Scariest.Moment.Of.My.Life.
I thought we were losing him.

Turned out that he decided to take matters into his own tied down hands
and extubated himself.
Yep.
Hoodini managed to get out of the restraints and he pulled that tube right on out of there.
The nurse walked in to find him wide awake with the tube dangling in his hands.
Not a good moment.

Long drama short
he just wasn't ready.
He is now having what is called "reprofusion injuries".
His body has never ever seen this kind of blood flow and oxygenation and to suddenly be introduced to that kind of flow is very hard on all of his tissues.
Reprofusion injuries can manifest themselves in any of your tissues/organs.
His has appeared in his lungs
and then today in his liver.
Both of which are not doing well.

He became progressively worse over the day Tuesday and by 3 in the afternoon the entire team was once again hovering in his room when things went from bad
to very bad.
Faster than I could blink they had his bed down and were intubating him again.
Ugh.
It felt like we had just started over.

Longer drama shorter
he's been intubated now for the second go round for about 24 hours
he looks much
much
better.
His body was kinda pooping out from working so hard to ya know
stay alive.
So today has been a day of rest for him.
They found a magical cocktail that seems to have done the trick and he's chilaxin.
The plan now is to try extubating again on Friday.

We were sailing right along today until his liver decided to have a little pity party this afternoon.
They just came in to do an ultrasound and the liver people are on the way.
Whatever the heck that means.

Regardless, I'm his momma.
And even better?
He knows it.
He reaches for me
He squeezes my hand
I tuck him in and sing him songs
we're besties.

So here I am.
Hanging out with the cutest 7 year old Chinese boy I ever did meet
whose color is no longer blue.... 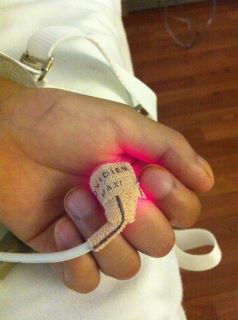