I Feel The Need To Tell You

that you guys are incredibly smart.

Of course I came to this conclusion years ago
but the true extent of my non-cerebral self became glaringly obvious in
The Great Spaghetti Blending Debacle of 2012.

I had no idea.
I had no idea about gluten
and blending of pasta
and so on
and so forth
and such as
the Iraq.

First of all,
I was using
not a VitaMixer
not a Cuisinart
not even a real blender
but
well... 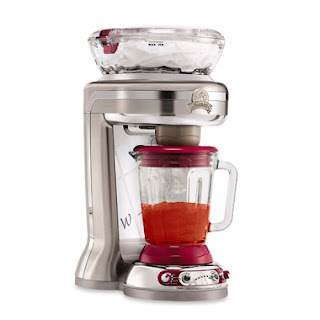 yeah.
A margarita machine.
`sigh`
I'm so ashamed.
That is my blender.
It's what I have.
My current choices are "shave"
or "blend."
And I've sorta figured out that is not going to work for me in this here circumstance.

Moreover, I put a bit of butter and chicken broth in
with said cooked spaghetti and thatsit.
No sauce.
No nuthin.
It's how the boy likes it
so that's what I put in it.

So now after reading all your tips I

B: Now know all about gluten and acidity of non-existent tomato based sauces and such.

And for the record,
I have yet to try any more blended food....
and neither has he wanted me to.
I do believe I have scarred the child for life.

Moreover, we went to the surgeon today for a checkup and Jason has already lost 8 pounds.
8 pounds in 6 days.

I don't want to talk about that.

But truly, in better news,
his surgeon was far from concerned,
said this was normal,
said the weight loss should taper off
and will be un-wiring the poor teenager on Thursday, June 7th.

Which is my new favorite day.

Here's what Jason thought of the news: 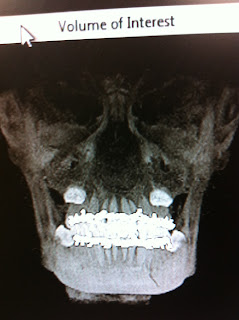 Yep.
That's Jason.
And that is a whole lotta metal.

See that giant crack on his lower right jaw?
That would be the point of impact.

The other break is harder to see 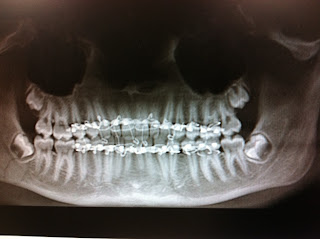 but that's it right under his un-erupted bottom left wisdom tooth. 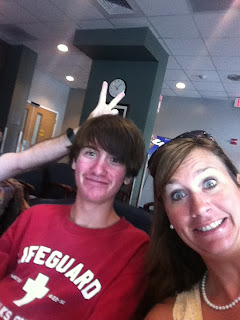 He puts up with me.
And I love him for it.
And that would be his dad giving him bunny ears.
It's seriously like we are 12 years old or somethin.
Please don't tell anybody.

And this was his legs when I went back to recovery to see him. 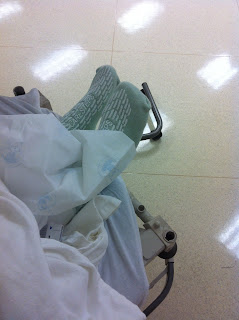 Gigantor's legs don't even fit in the bed.
Which made me chuckle.

And then I saw this 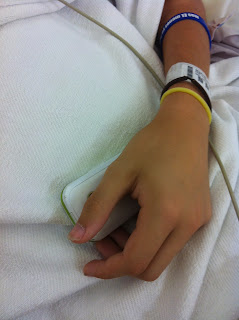 Drugged up, knocked out, but darnit, kid still has his phone.
Which was actually pretty sweet.
Kids from his class were texting him scriptures and prayers of support all morning.
Which just makes this mom's heart smile.

And then there was the not so funny thing we discovered that day during the routine pre-op stuff.
That'd be this: 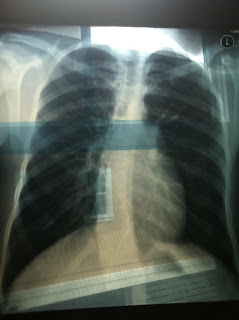 We have no idea what the heck this means just yet.
They have ordered a scoliosis series to be done....
but ya know....
that would involve yet another doctor...
and yet another waiting room....
and well....just not now.
Later this week perhaps.....but just not now.
I'm currently operating on a one thing at a time approach to life between hearts and clefts and jaws and now this.

I'm off now to blend {in my friend Julee's borrowed actual blender...thanks Julee!}
a pint of Ben & Jerry's Late Night Snack Ice Cream into a milkshake.
60 grams of fat
16 grams of protein
plus all the goodness that the whole milk that goes with it brings.

Just don't say the word spaghetti anytime soon
and we can still be friends.

So I guess that about sums it up.
I'm a dork.
Ya'll are not.
And I am continually grateful that you love me anyway.