Today is the day in which I tell you all about a girl named Meredith. 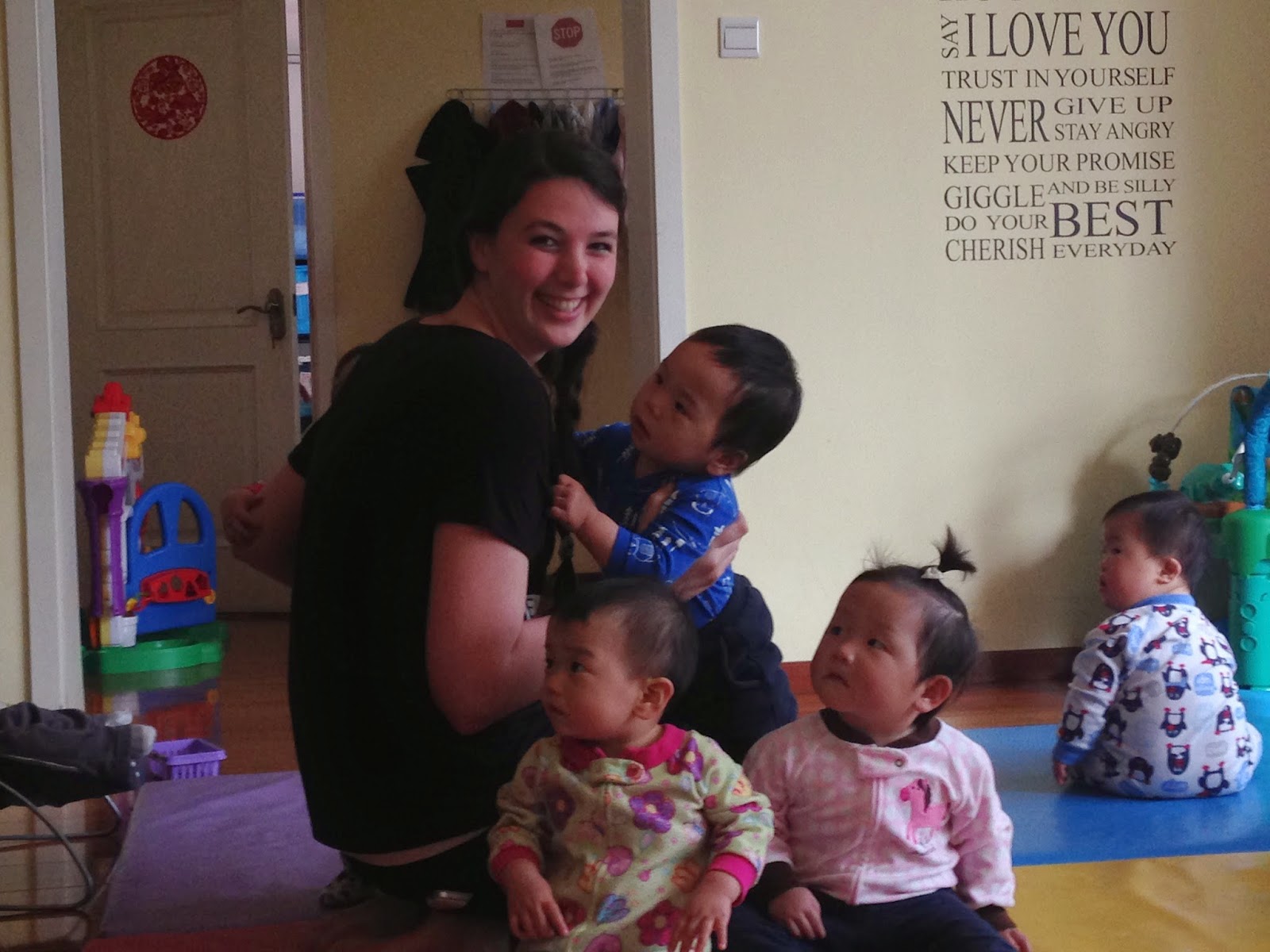 I wanna be like Meredith when I grow young.
In case you don't know her, she is the international director of Morning Star.
She's the real deal.
She's the real, fluent Mandarin speaking tall white girl like she's lived here her whole life deal.
I spent our 48 hours in Beijing following her around like a puppy asking 8.2 million questions about her work there, her life, the babies, the surgeons, the nanny's, whether I could move in to her house and make her breakfast everyday, heart defects and and and and and
I'm so fun to have as a house guest.
Or something.

And then she sealed our friendship forever when she introduced me to the awesomeness that is a french press. 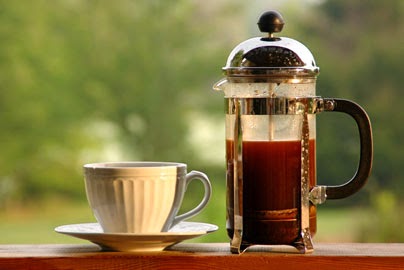 When we arrived at her gate that night the guards let us in and Lori called Meredith to let her know that we had breeched the gates and our driver needed further direction.
Lori then handed the phone to the driver and I overhear Mandarin being spoken by a female voice.
I just assumed that Meredith had a friend with her that was giving him directions.
Ummmm no.
It was Meredith speaking the whole time.
To which I was all like
No joke.
It was amazing.
Meredith tells driver man to just stay at the gate and she will come get us.
So he then, of course, leaves the gate and starts driving us all around the 'hood.
Meanwhile we think she has given him directions to her house so we are happily being driven all over creation thinking he knows exactly where he is going.
He didn't.
This becomes apparent after a few minutes.
So we call Meredith back....she's trying to figure out where we are....we are trying to figure out where she is.....it's pitch dark and we are at the mercy of our non-English speaking cab driver.
When suddenly out of the shadows what does appear but Meredith jogging down the middle of the road.
She tells the driver to follow her.
So there we are.....driving 5mph all over her neighborhood in the dead of night...
with Meredith jogging alongside the car.
It's at this point that I'd like to ask a simple question that none of us thought of at that point.

Why didn't we have Meredith get IN the car?

We made her jog!
We made the poor girl jog!
We are horrible, horrible people!!!

And because she has clearly been living in China too long,
she just steps out in FRONT OF THE CAB to make him stop when we got to her house.

Ok then.
Nice to meet you!

Morning Star foster home in Beijing cares for whittle bitty babies that all have complex congenital heart defects.
Can I just say
amazing.
The way it's set up.
The way it's run.
The way they are careful to protect attachment as best they can with these cuties.
The way these kids get the best care within a system that would otherwise have been unable to meet their needs.
I. Love. It.
I like wanna pass it a note in study hall and see if it loves me back love it.

We hung out with the babies.....which I have no words for that cuteness. 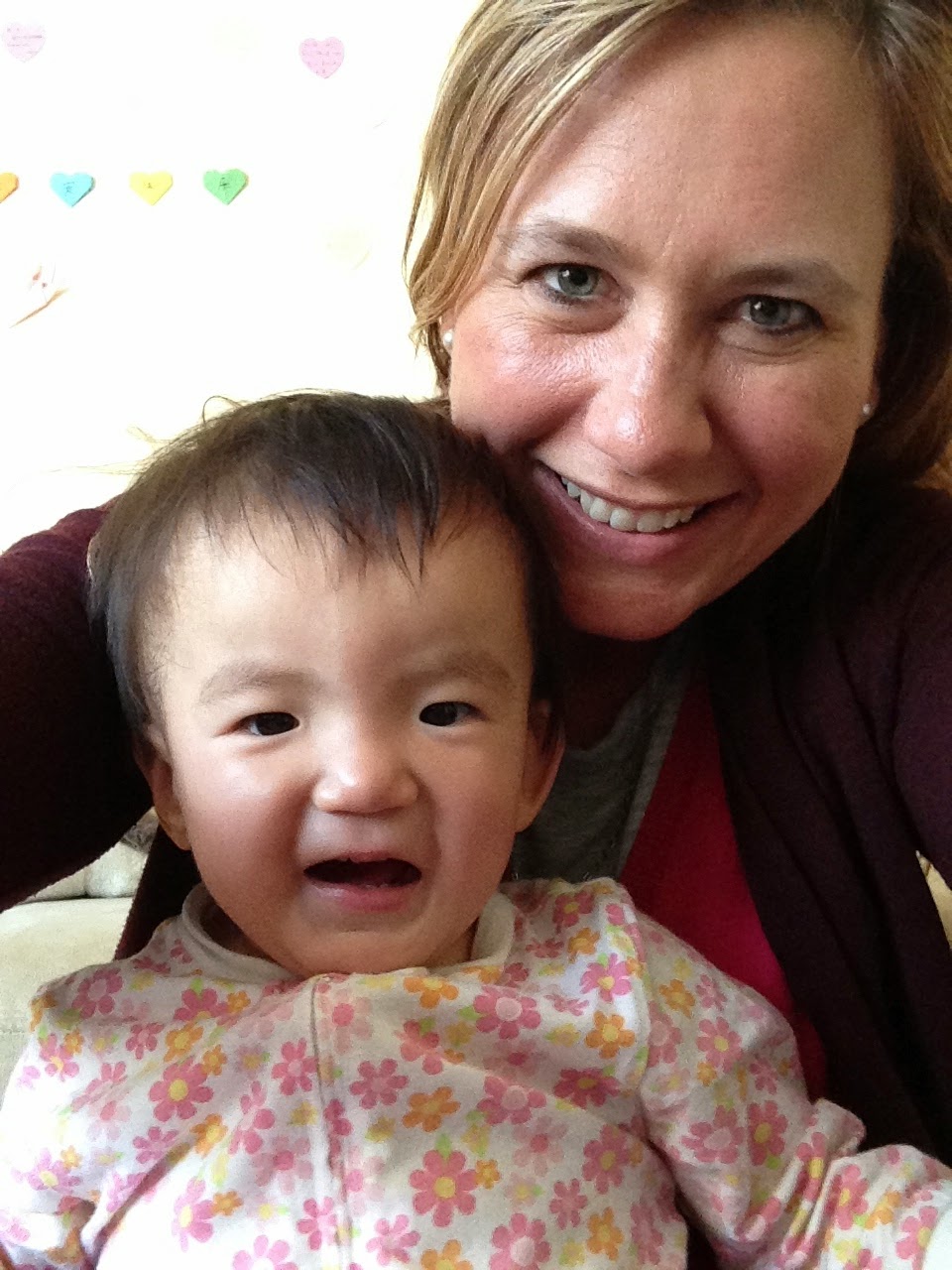 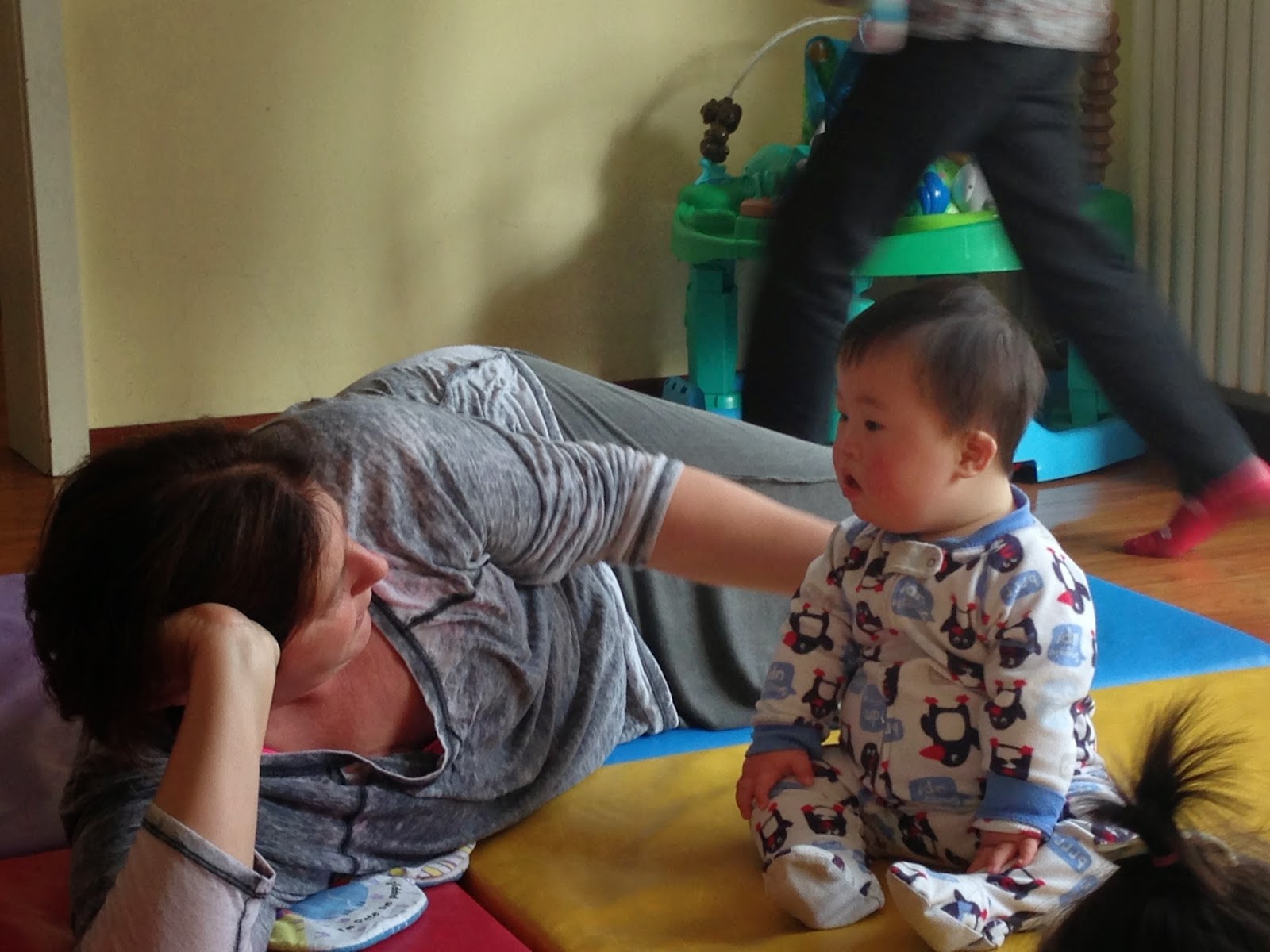 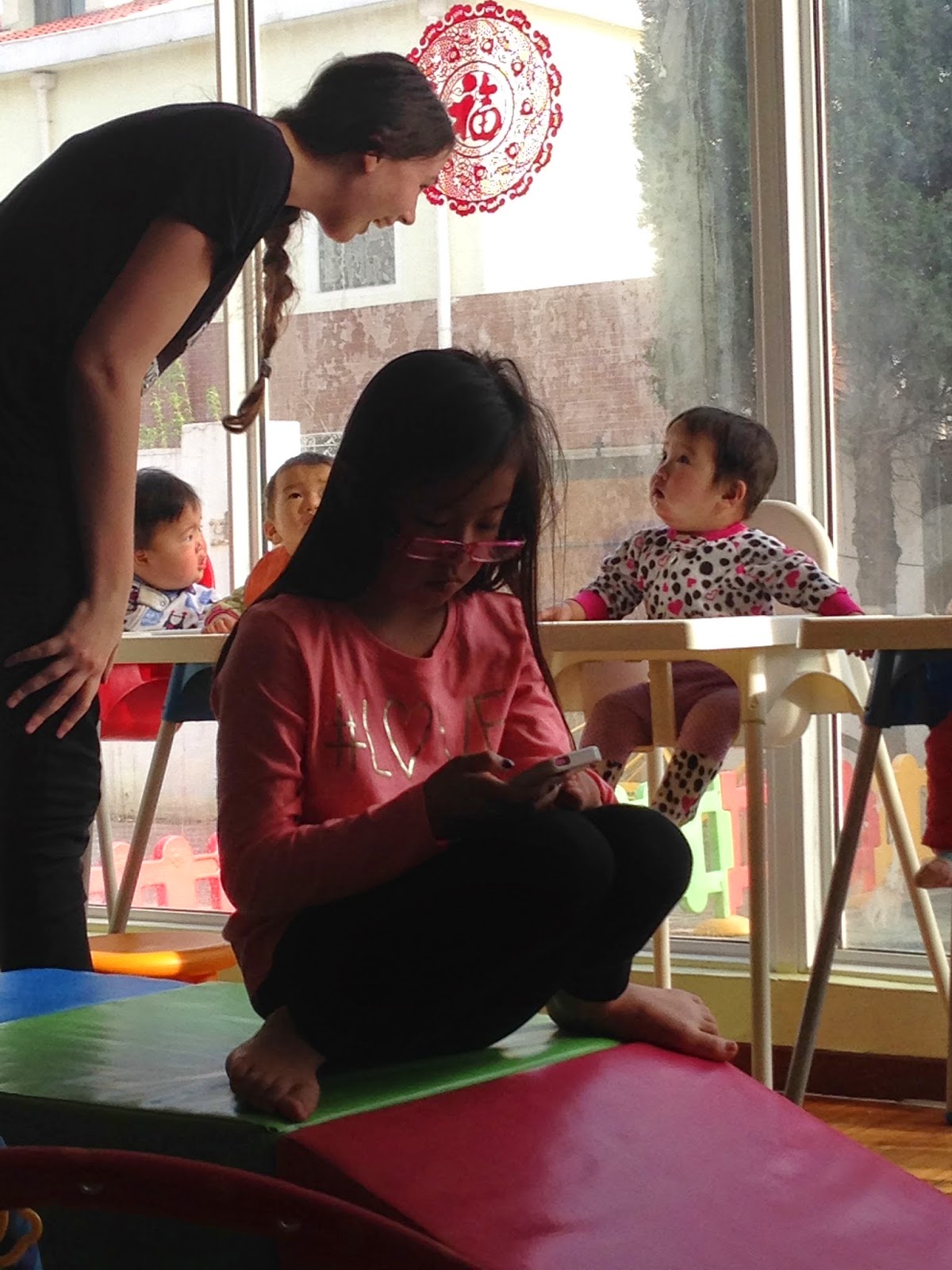 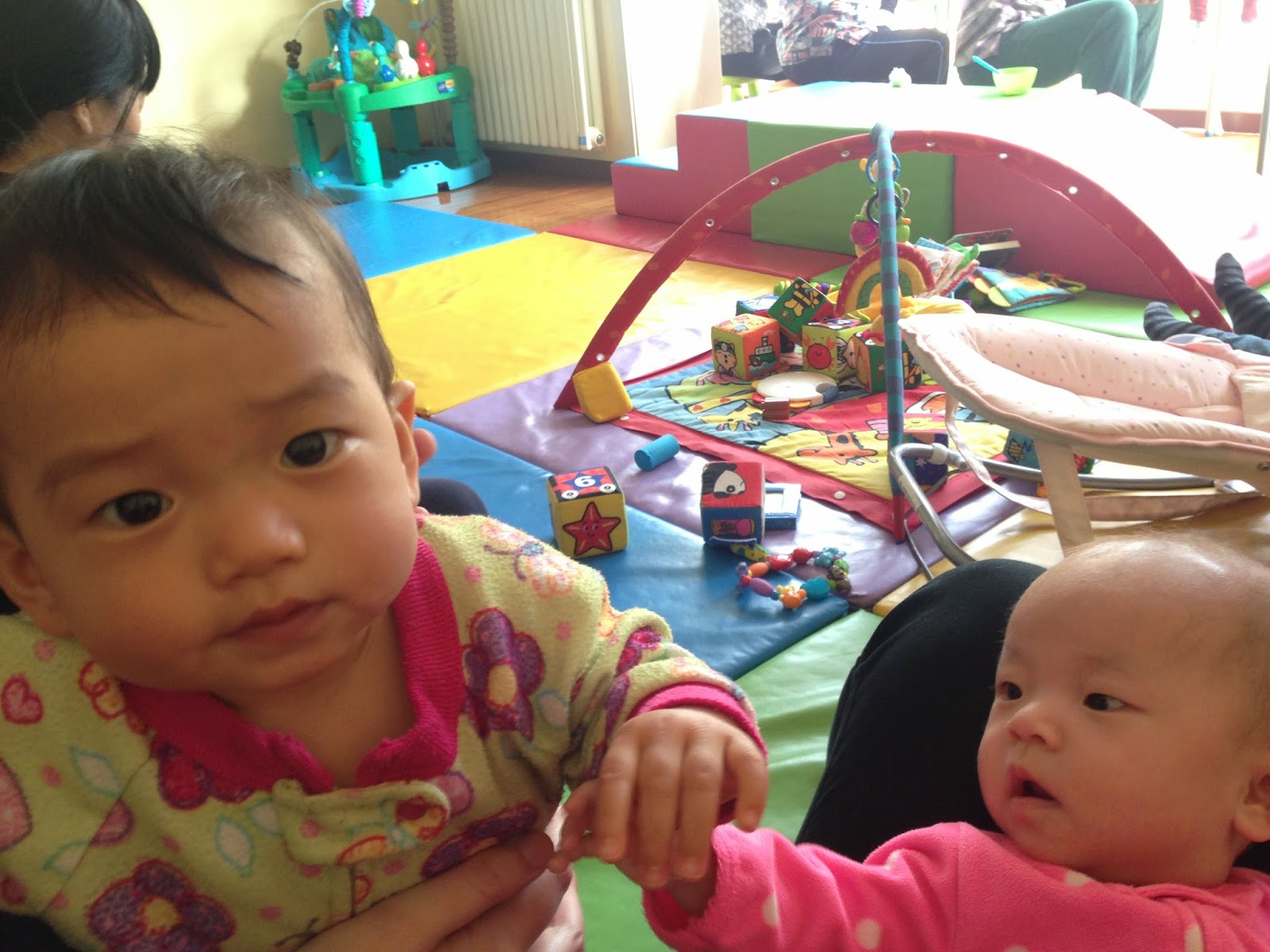 And I fell more and more in love.

We left 2 days later....and I cried and held on to her leg and told her she couldn't make me go. 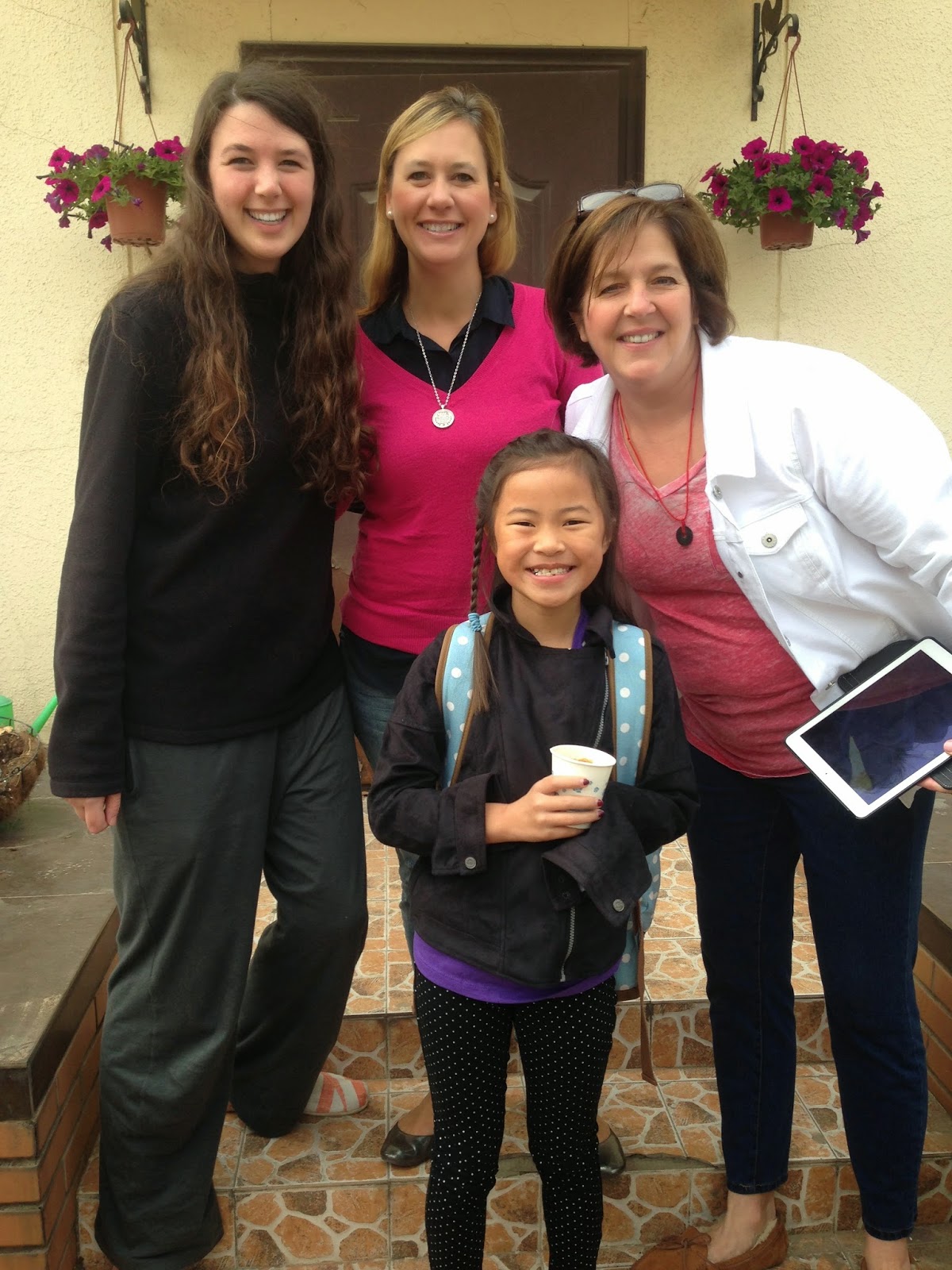 But we left.
For now....
So Meredith. Get out the french press sister, I've got my jogging shoes.
I'm so totally coming back.
Love,
Your biggest fan