God showed up and showed out. 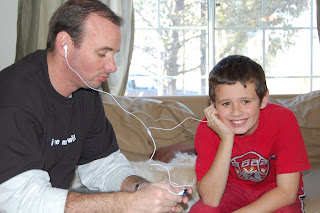 During Christmas break John and I took the kids up to Washington DC to visit my brother and on our way home my husband...who has gotten all of one speeding ticket in his entire life... was pulled over

Yeah. Not good. Not good at all.

In slightly better news, there were no workers present in the construction zone since it was afternoon time of New Years Eve. But nonetheless....not good.

Fast forward one month and John drove two hours away back up to the city where he received the ticket to meet with the clerk and find out how much the ticket was going to be and any options that he may have in getting whatever the fee was to be, lowered. And then he drove home.

During this particular day, to be even more honest with you, my heart was heavy. Like heavy, heavy. We had been discussing this possibility for months and I began to quite honestly feel discouraged about whether or not this was something we were going to do. I knew that I knew that I knew that this is something only God could have laid on my heart and I also knew that it had to come from both of us. That I would not be leading this train. That is not my role.

And when John showed up and plopped next to me on the couch his words were, "Well, do you want the good news or the bad news?" (Don't we all love it when our hubs start conversations like that?.....uhhh..no thank you, I do not.)

Well, in that moment my heart sank. As the leader and provider in our home, finances had been his biggest "hangup" and I, in that instant, thought, "Well, that's it." Over. Finito. Done.

And the good news he then said, we have a couple of boys in China waiting for us.

Fast forward to two days ago and it was now his time to go appear before the judge and plead for that ticket fine to be reduced. We figured he may as well. It can't get much worse than $864. Lord, I prayed, just half. If we can even get it cut down to half that would be fantastic!

He showed up and met with the prosecutor out in the hallway with a group of about 5 other men. The prosecutor says he can offer each of them a reduced fine of $270. Well, I'll be. That's terrific! Where do we sign?! A few men chose not to accept that offer, they wanted their fines completely thrown out. John was all over that offer of $270 thankyouverymuch. Which left John and another man in the hallway whilst the prosecutor was filling out his forms.

John(who was in his uniform because he was going straight back to work) strikes up a conversation with the man whom he noticed had dog tags around his neck. He asked if he used to be in the military before he did this and the man replied that no, he wasn't but his son was and that his son had spent a year in Ira*q. "Oh, did he make it back?" John asked.

The prosecutor was wearing his son's dog tags.

They finish their conversation, prosecutor guy finishes his paperwork, leaves the hallway, and a few minutes later a clerk comes out and looks at John and says

"I don't know what just happened out here, but your entire fine has been forgiven."

Fast forward to today, only two days later from being forgiven of an $864 fine and we are at the point in our adoption where we are ready to send in our I-800A. (remembering that when he got the ticket back in December he was not even yet fully on board the adoption train)

Cost of this form?

God showed up in that hallway with that man and my husband. He showed up and He showed out.

Not only was John able to minister to this man but God perfectly provided and orchestrated that this fine would be forgiven freeing up that $830 at the exact time that this next fee is due...$34 difference in what that ticket was going to cost......the ticket cost that he found out about the day

And isn't that just so us? Putting limits on what we think that God can accomplish in our life.
Only half? You want me to bring this ticket down to only half of what it was?
Child you have no idea what I can do. Let Me just show you.

Proving only further that God funds what He favors. And He favors adoption.-Team Oatsvall.

Matthew 7: 7"Ask and it will be given to you; seek and you will find; knock and the door will be opened to you. 8For everyone who asks receives; he who seeks finds; and to him who knocks, the door will be opened.9"Which of you, if his son asks for bread, will give him a stone? 10Or if he asks for a fish, will give him a snake? 11If you, then, though you are evil, know how to give good gifts to your children, how much more will your Father in heaven give good gifts to those who ask him! 12So in everything, do to others what you would have them do to you..."