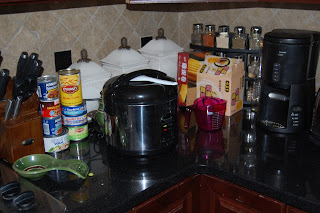 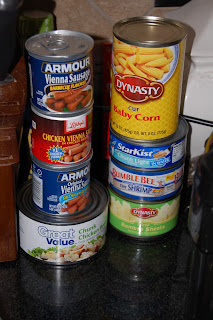 I think we are beginning to crack their codes in a variety of ways in figuring out what makes them tick or
their "price of poker" if you will.

But for now let's specifically discuss how I think I have cracked their code as it relates to food.
Because really, who doesn't like to talk food?
And if you're saying, "Well me. I don't like to talk food."
Then I'm not sure we can still be friends.

Food hasn't really been a big issue.
It certainly wasn't in China
and it hasn't been a huge one here.

That being said however, I still can't just sit them down with a poptart bowl of rice krispies and bananas.....yet.
So in my quest to bring them comfort, food is most certainly one area that I can try my best.
Pre-adoption my Asian cooking skills hovered somewhere around non-existent.
Post-adoption my Asian cooking skills are hovering somewhere around non-existent.

But alas,
I think I have cracked the code.

Any type of meat, good.
Any type of veggie, good.
By golly, I think I've figured it out.
Now instead of cute little wrinkled noses, I get cute little smiles and "thank you momma!".

I'm going to file the food revelation under
"Things I wish I would have known before we left."
I would have cooked and chopped and opened up a meat market and had them frozen in baggies in the freezer.
Meat prep has consumed much of my days recently.
Only the love of these two boys has driven me to handle the insane amounts of raw meats I have handled in the last 72 hours. Blech.
As back up I purchased a few canned meats yesterday when
I
actually
made
it
to
the
grocery
store!!!!!!!!!!!!!!!!!!!!!!!!!!!!!!!!!!!!

The food issue will be doubly entitled,
"Things I wish I would have talked to their foster mother more about."
I so wish I had asked her to show me her process.
Her spices.
Her seasonings.
Her methods.
Her ginormous bottle of soy sauce.

Live and learn though and though it took me a week,
I have cracked the code.
Woot-Woot!